Its been long since we celebrated our Tamil New Year. But as i came back only now, i would like you all to have a look over the photography taken on the New Year Eve… 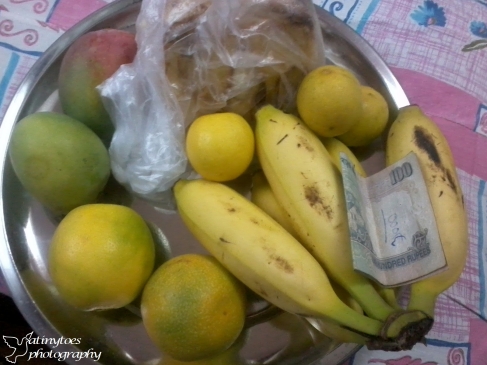 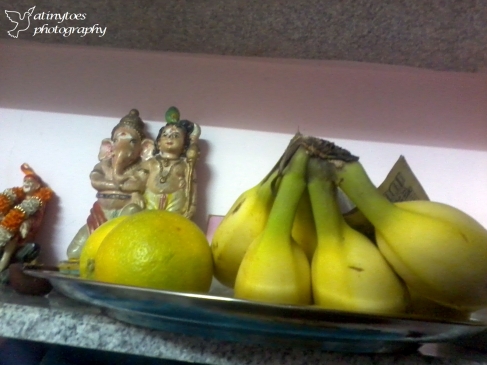 Puthandu or Tamil New Year is celebrated between April and May, during the Chittrai month. According to the Gregorian calendar, the festival usually falls on the 13th April 2012. The day is also referred to as “ Varusha Pirappuy”. Tamil New Year is declared as a public holiday in bothSri Lanka and Tamil Nadu.

Natives of Tamil Nadu follow certain rituals so as to ensure prosperity and well-being of their near and dear ones. One of the well-known traditions is to watch Kanni at the break of dawn. This particular act is believed to bring in good luck for the members of the family. People also give a start to their day by watching auspicious items like silver or gold jewelry, coconuts, raw rice, flowers, fruits and vegetables, nuts, betel leaves etc. After offering their morning prayers on New Year, they read Panchangam.

During Tamil New Year, the state also organizes for a huge Car Festival near Kumbakonam, Tiruvadamarudur. In some areas, Chitthirai is also celebrated with great vigor. According to legendary evidences, this is the same day when Goddesses Meenakshi tied the nuptial lock with Lord Sundareswarar. Every year, the festival of Chitterai Thiruvizha is celebrated on the eve of Tamil New Year at the Meenakshi Temple. Besides, a gala exhibition- Chitterai Porutkaatchi is also organized on Tamil New Year. This exhibition is also referred to as Chitterai Vishu in certain regions of South Tamil Nadu.

The preparations for the New Year start well in advance. You will find the entrances of the houses decorated with kolams. Raw mangoes and neem flowers are offered to Gods and Goddesses which symbolizes prosperity and growth. Tamils give a start to their year with an herbal bath. The game of coconut (popularly known as por-thenkai in Tamil Nadu) is played during the New Year. Cart races are equally enjoyed on this eve. This festive season is a great time for renewing filial bonds and establishing rapport with your near and dear ones.

Hi there! Welcome to my Blog! Do leave your Valuable comments on this post! Cancel reply